For a long time I tried to simply tried to replicate a classic tally counter. Unfortunately, that design was optimized for the use of springs and disks and a pawl of spring steel. I wanted to do the whole thing in plastic, or as much in plastic I could, so I turned to the venerable Geneva Wheel to do the job.

Here, complements of Wikipedia, you can see how a Geneva wheel mechanism actually works. 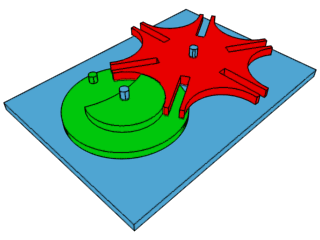 I wrote a script in Visual Basic .NET 2008 to produce the outline of a ten step Geneva Wheel instead of the four step one shown in the Wikipedia graphic.  I read a file generated from that script using a script in Art of Illusion and created a solid object of the outline. 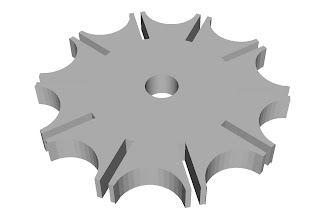 From there I generated the resulting gcode using Skeinforge. 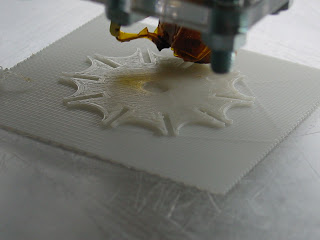 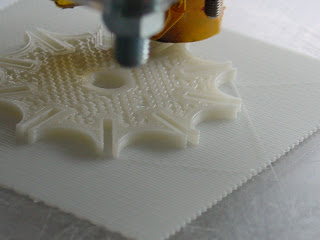 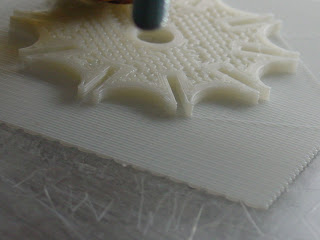 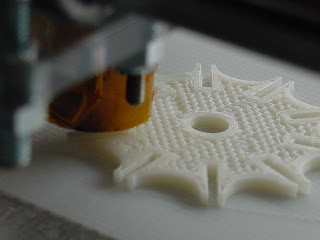 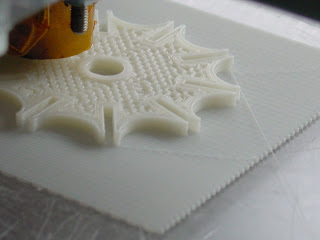 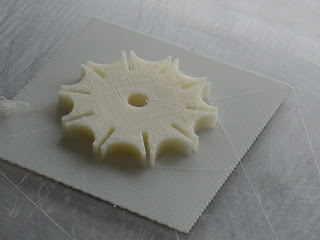 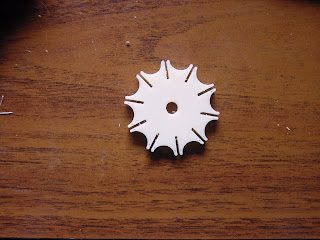 I will post the rest of the mechanism to this blog entry as I get it done.

Any chance that you can make that VB file available?

Gosh, Mike! I don't know where in my archives that little chunk of code might lie these days. If I get a minute, I'll see if I can chase it up for you.