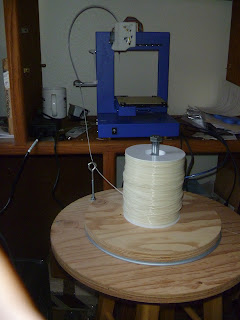 It works beautifully with both my wide New Image spools and also the 1 kg Delta spools.
Posted by Forrest Higgs at 4:44 PM 2 comments: