Some weeks ago I got the idea of putting flanges and guys on long prints to suppress warping.  That worked, more or less.  The problem with the method is that it requires a lot of preparation in Art of Illusion or other 3D modeling app, preparation that I'd just as soon not have to take.

I'd been working on other things, but a few days ago Bogdan Kecman started designing replacement parts for his Rapman 3 in ABS and I decided that it would be nice to have a set for myself. 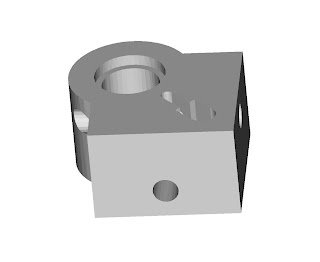 Winter having descended on us here,  but I'd been using HDPE in that ABS stinks too much to be readily usable in a closed room.

I tried printing Bogdan's parts in HDPE and got the usual warping problems with them. 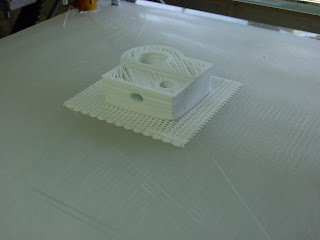 It was obvious that I was going to have to guy them.  I decided to try a variation of the guy and flange gambit.  First, I rounded some of the corners on Bogdan's part. 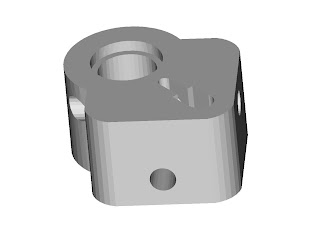 Then, in Art of Illusion, I set the part into a low box. 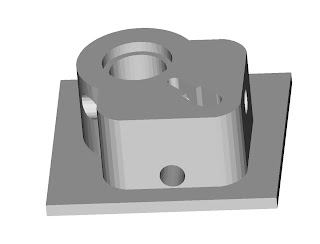 I then used the boolean feature in AoI to remove the volume of the part from the box. 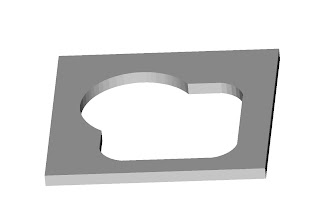 I then expanded the apron a tiny bit so that there would be a gap between it and the part. 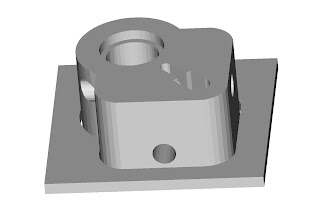 Then I ran exported the two parts as a single STL and ran it through Sceinforge and then printed the gcode that came out. 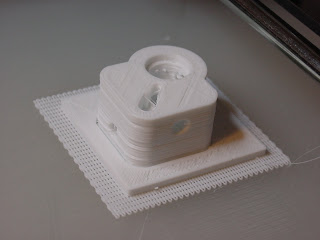 A few moments with a mat knife and I had the part. 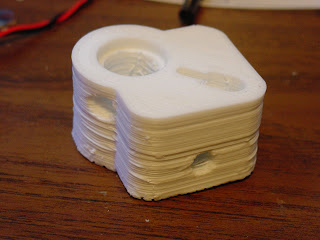 The flaws in the layers were caused by my y-axis set screws being a bit loose.  A touch of curling did happen with the part's lowest layer.  It was pretty evenly distributed around the edge of the print, however, and amounted to <~ 1mm.

The only problem with this approach is that you are left with a patch of the raft on the bottom of the part.  I'm going to get a belt sander and mount it belt side up to dress the parts that I get using this method.
Posted by Forrest Higgs at 6:50 PM

So there are no guys with this, just an apron that reinforces the raft?

So far, that seems to be adequate. This method depends on the strength of the raft mesh for keeping the warping down. I expect that for bigger pieces guys will be required, but this approach does a good job in this context.