Chylld is a parts design genius

As I mentioned earlier I replaced to destroyed 0.3 mm hot end with one of my spare 0.5 mm hot ends and began to get used to using the larger nozzle size.  After some frustrating tries at adjusting flow rates Nophead suggested that I stop fiddling with things and just use the settings that I'd used before.  He was right, of course.

A quick print of some of the bones of the hand yielded good results, so I decided to have a try at one of Chylld's corner replacements for Rapman cut acrylic. 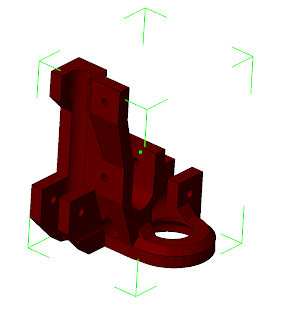 So far there's been no sign of the wall-to-wall resets I was getting with my Rapman in the hours before the 0.3 mm hot end finally failed. 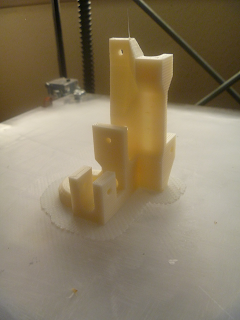 The corner block printed in 2:15 and  mounted with a minimum of drama. 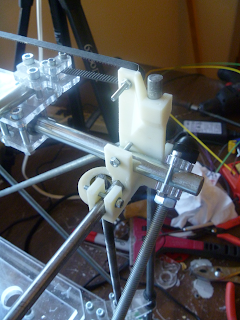 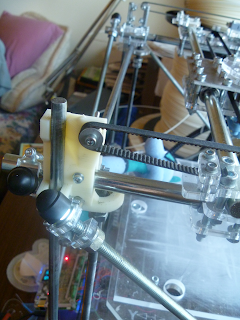 There was a minimum of post print part processing required.  the x-axis bar was a little tight, but a brushing out of the hole cured that.  All bars had a tight, friction fit and the tightening screws were largely cosmetic except when the printer wanted moving.

Chylld is a parts design genius.  I've never seen anything work quite this easily.

Posted by Forrest Higgs at 3:28 PM

I'm in the process of printing all of chylld's replacement parts plus a spare set in case any of his breaks on my machine. ;-)

Did you use Axon 2 for your slicer? Looks good!

No, I wrote my own. Since this was published, I've retired my Rapman printer and replaced it with an UP! Pro. That printer comes with it's own excellent slicer.