Speak of the Devil...


...and he doth appear. I'd no sooner blogged about my work about Slice and Dice when I got an email from Alexander at Netfabb that said that I could download a temporary copy of Netfabb Basic for Rapman until my professional add-on was ready.

I downloaded it and cranked in the same tea bowl that Vik designed that I am using with Slice and Dice, calibrated it for PLA Red just for fun, selected "5" and tried "Calculate Toolpath". 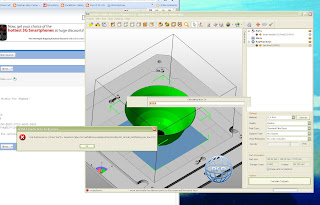 It promptly crashed calculating layer 34.  I tried the light frame with the same calibrations and it generated a gcode file properly, apparently. 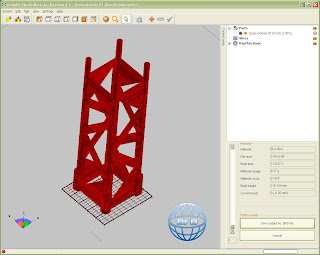 I'm set up to print polypropylene on HDPE so I was going to put things off till my new 3/8 inch acrylic print surfaces arrived.  Again, speak of the Devil, I found that the courier service had left them on the front porch.

I need to log some billable hours and there is a big pile of consulting work that wants doing for a good client, so I probably will get back to this Saturday at the earliest.  :-(

You guys at Netfabb can get the tea bowl that crashed your system at the link to Thingiverse at the beginning of this blog entry.  It looks as likely to give you as much trouble with Netfabb Basic for Rapman as it is giving me with Slice and Dice.

Posted by Forrest Higgs at 4:17 PM