Slice and Dice works a bit differently than Skeinforge in places.  To demonstrate a few of the differences, let me use the half-dome that I processed in Skeinforge a few days ago as a point of departure.  This is what it looked like in AoI. 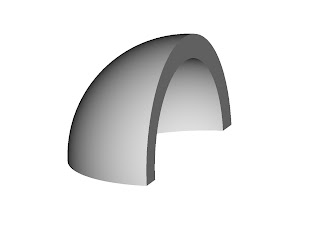 Slice and Dice cuts the half-dome's STL file in much the same way that Skeinforge does.  Here is an example slice. 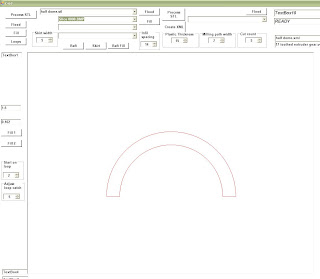 When I do image processing, however, having a tight loop around the sliced area is mandatory.  If there are any flaws in the loop, flooding fills the interior of the slice as well as the exterior. 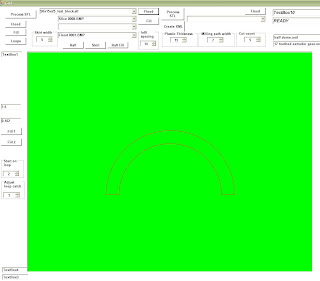 Where Slice and Dice starts getting different to Skeinforge is that when this sort of thing happens, you just pull the relevant image into something like Windows Paint and see if you can find the hole(s).  The hole in this one is very small, but very easy to find. 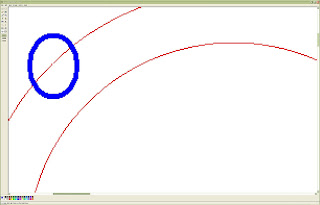 It was a matter of a moment to plug the leak using Paint. 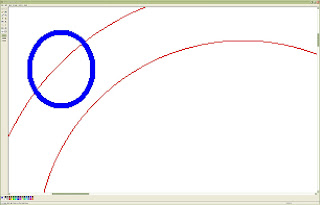 I then just reflood that slice and it now works perfectly. 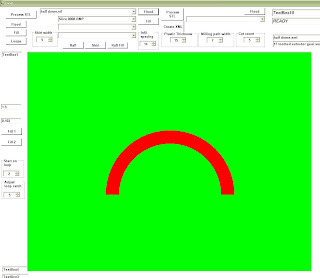 I had run into trouble with the Skeinforge raft.  If you have a long object and rotate it 45 degrees to take advantage of the diagonal  Skeinforge still designs a raft using the largest and smallest x and y coordinates.  That wastes a lot of filament and print time.  As well, when you have a non-rectilinear object such as my half-dome you still get more raft than you really need. 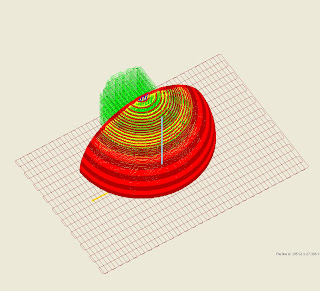 I had two problems to address.  First, I had to have a footprint which included overhangs.  I achieved this by the simple expedient of just summing the flooded slices which yielded a composite. 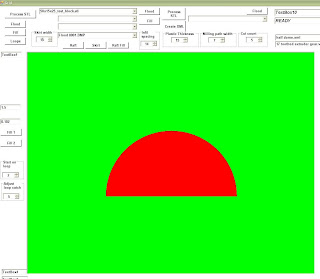 I then created the skirt by wrapping half millimeter bands around the footprint till I had the skirt I wanted {15 mm}. 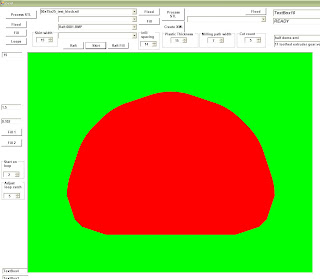 I won't illustrate, visually, for generating the print roads for the extruder given the area to be printed.  You can see that in a previous blog entry.  The resulting roads, however, are somewhat different than what Skeinforge generates.  Slice and Dice treats the raft as just another slice and uses a perimeter and infill arrangement.  Here you see the first layer. 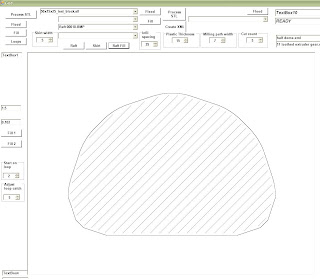 I am trying out the notion that having perimeter support for the raft might let it need a smaller footprint than Skeinforge's openwork raft arrangement.