The first test NEMA 23 stepper and the 24 volt power supply should be arriving today. I plan on using Bogdan's mount design for the linear bearings and an aluminum plate for mounting the extruders. Corner connectors will owe a lot to Chylld's corner designs for the Rapman, though I will not be slavishly following his approach.

I hope to be testing the firmware routines for controlling the steppers this weekend.

Posted by Forrest Higgs at 7:30 AM No comments:


Fired up the development board and it fell into a roundabout of pics. 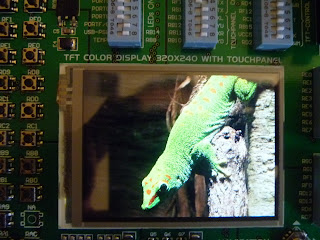 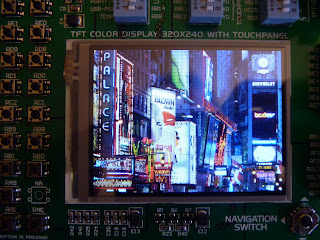 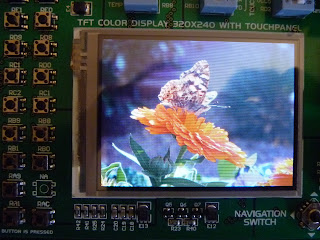 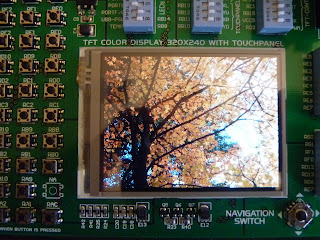 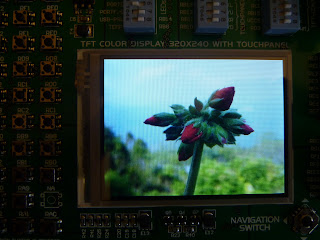 
My PIC32 development board arrived today! 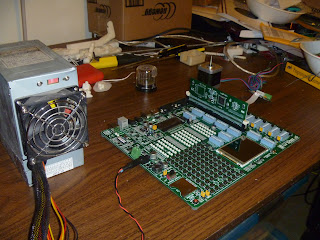 I also got a trial stepper motor controller with it. 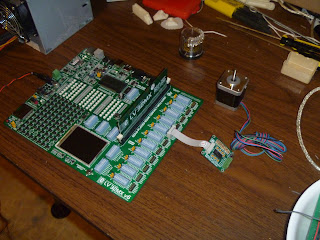 The development board looks as good in my hands as it did in the sales literature.

My old PC power supply even had a power connector that fit with the board already installed.  It is a relict of a battery charger for an old Sony digital camera that I finally retired last year.

I am also wanting to adopt Rapman's use of milled linear guides and linear bearings.  If you look hard these are not all that expensive.  For bearings, I found this little unit... 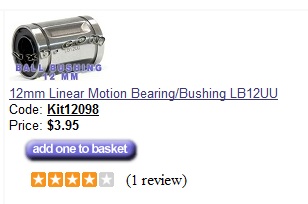 To be well within budget.  Guide shafts are a little pricier.  In the US it appears that 12 mm shafting is the least expensive while still being stiff enough for a printer.  Most pricing seems to be running around $0.50/inch.  That's not cheap, but not impossible.

Being a Scots-Irish tightwad, however, I kept looking for a better deal and ran across this... 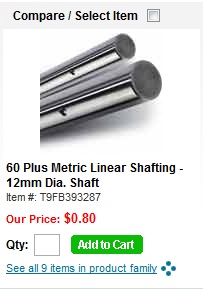 ...which comes in at a bit under $0.07/inch.   I spoke with the vendor today and they are checking to make sure that it meets CNC requirements for a linear guide.  The general impression was that it did, but I want to be sure.
If that price does follow, it should be possible to replace the effective, but overcomplicated z-axis arrangement of Rapman which derives from the old Darwin design... 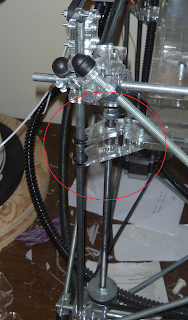 ...which has 8 mm guide rod and a plastic bushing with a 12 mm guide rod and a proper linear bearing.  That extra rigidity might allow me to control the position of the print table with an single, proper lead screw attached to a cantilever beam which contacts the bottom of the print table in the center instead of three or four lead screws, or cheap studding {threaded rods}, more likely.

Certainly the leveraging the guide rods as vertical structural members should simplify the design a bit.
Posted by Forrest Higgs at 8:00 PM No comments:


In which your narrator begins to cobble a next-generation Reprap controller board together out of much bigger vitamins than has previously been possible.

The controller for the Bits from Bytes Rapman has long been the most sophisticated in the world of Reprap printers. It's use of the PIC32 MCU gives it the power to do things, like support an LCD display, SD cards and 0.1 mm gcode steps without difficulty are very difficult to do with 8 bit MCUs. There are two barriers to it's widespread adoption in Reprap printers, however.

The first is that PIC32s typically come as 100 pin surface mount chips. That means that you have to do some fairly sophisticated PCB design and get the damned chip soldered on properly. That's not impossible, but it's not easy, either.

The big barrier, however, has been the lack of inexpensive compilers for PIC32s. The one from Microchip is very good, but costs over $1K. Recently, that situation has been remedied by a Serbian firm, Mikroelektronika. I had had experience with their PIC 18F compiler and found it both very reliable and possessed of an enormous library of library functions which made it extremely valuable as a development tool.

Thus, when I heard last year that Mikroelektronika had undertaken to create an inexpensive compiler for PIC32 chips I was immediately interested. After a long development and beta cycle they did their formal release this morning.  They offer inexpensive C, Basic and Pascal compilers for the PIC32.

Some time ago, I resolved to build up my next printer rather than buy another BfB product.  The ultra-reliable BfB extruder and controller board were two technologies that I intended to bring across.  I wanted, however, to have two extruders and a somewhat bigger print table to accommodate them better than Rapman allows.

Laszlo created an inexpensive, easier to repair hot end than BfB offers which I also intend to use in the design. As well, recent purchase of a hobby lathe ... 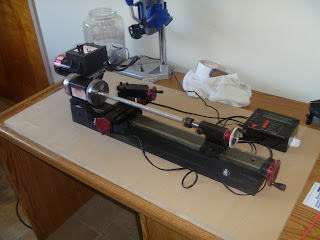 ... will let me experiment with large diameter precision lead screws which can double as structural elements should cut down on the amount of steel in the printer rather dramatically. 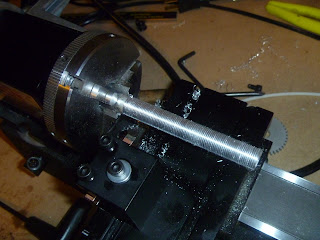 The big advantage to the new Mikroelektronika compilers, however, is that they also offer an inexpensive line of prototyping boards.  That will save me the development time of putting together a new board with technology that I am not familiar with.  I ordered their most expensive board {$169}...

which includes everything that I need save stepper drivers.  I also ordered one of their stepper driver boards. to test with it to test my firmware with ...

before I integrate the heavier amperage Pololu driver board that has been used in a number of other Reprap controller boards. The current situation is so much better than we faced when we began the Reprap project in 2005.  Then you were pretty much doomed to building up boards from scratch.  These days you can buy inexpensive boards and add-on miniboards to build up an inexpensive yet very sophisticated Reprap controller board quite easily.

Should my controller design catch on, I suspect that other Reprappers would want to use this much smaller and less expensive graphics board in Mikroelektronika's stable ...

...  which has pretty much everything the larger board does.